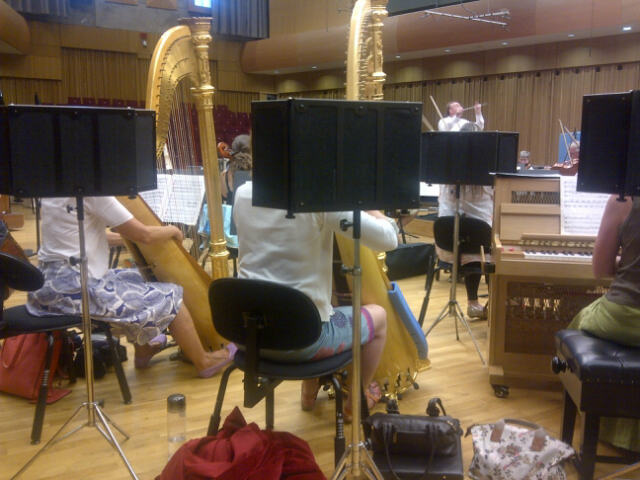 As an acoustics company the Woolly Shepherd takes the testing of products and the application of recognised standards very seriously, but more recently web have started to question the validity of one recognised evaluation route.

In early 2012 we were contacted by a professional musician and asked whether we might consider looking into the design of an acoustic shield that would reduce the decibel exposure of the members of an orchestra.

The musician, a lead trumpet, told us that he and the members of his orchestra had tried all of the current crop of shields and had, to varying degrees, not really got on with any of them.

Seven years down the line, following the Royal Opera House Orchestra ruling, the shield that we developed (The Haven) is of considerable interest to a number of orchestras and bands. This brings me neatly onto the subject of this blog.

Having only previously sent out Havens for people to try, we have no data on the decibel reduction that it will provide and needless to say, this will no longer do.

We have checked out how the competition have gone about their testing and by far the most common route used is to set up, in an anechoic chamber, a noise source on one side of the screen and a microphone on the other side.

Using this methodology produces a very good representation of the screen/shield’s ability to intercept sound waves travelling from A to B in an environment devoid of reflective or diffusive surfaces and devoid of any other sound source.

This is great if you wish to simply compare products, but perhaps somewhat less useful if we want to determine the benefit of using the shield, whilst playing in an orchestra, to reduce decibel exposure.

Whilst it may be little more than annoying to be sold a vehicle that uses double the amount of fuel per mile stated by the manufacturer, misleading data in this instance is far more serious.

Would love at this point to have a major rant about the fuel economy figures published for the Mitsubishi PHEV, but will leave this for another time!

Discovering that your decibel exposure is much higher than you originally thought can have highly undesirable, long lasting effects on your hearing and for an employer, a hefty compensation bill.

So, even though we risk making our Haven shields seem less effective than the competition, we have decided that we want to test the Haven in the field, so to speak.

We have been approaching orchestras to see if they would be willing to work with us to collect data generated by in-ear monitors, so that we can measure actual, rather than hypothetical exposures.

Whilst it is perfectly possible that we are shooting ourselves in the foot with this one, we think that it is vital that we do not sell a health and safety focused product on the back of data generated under unrealistic conditions.

Would really like to hear peoples thoughts on this. (Tim Simmons, WS MD)