Ocean was a very large restaurant with a poor acoustic. The reverberation when busy made it virtually impossible to hold a normal conversation. The issue was made worse by people talking even louder in order to be heard.

The owners came to Woolly Shepherd asking for a solution to there problem as it was becoming a major issue with diners in the restaurant. After an acoustic survey and a discussion about design and suitability we suggested our Stone Cluster range of absorbers.

“Woolly Shepherd provided Ocean with a great all-round service, working with us to identify and resolve our acoustic issues in a large dining area. The sound proofing solution provided has not only addressed our acoustic issues but has also added to the aesthetics of the environment creating a much improved customer experience. I would certainly recommend.” Simon Davey, Exmouth Area Manager, LED Leisure Management Ltd 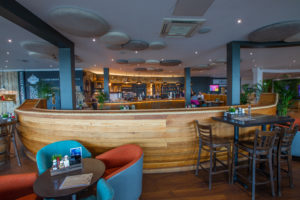 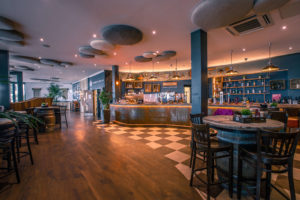 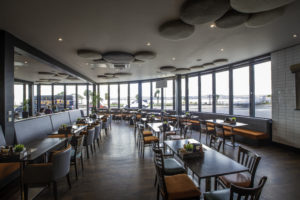 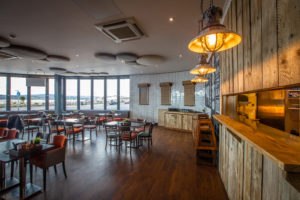 Deer Park Country House had a longstanding issue with reverberation in the restaurants area. With a tiled floor and hard surfaces all around including a glazed frontage on one side the reflective surfaces were bouncing sound in all directions. Combine this with large numbers of diners and you have a problem with acoustics. Woolly Shepherd came up with a bespoke panel design to work with the architectural recesses in the ceiling.

“In March 2016 our new Georgian Orangery was completed after a six month build and 2 years of planning. A stunning 240sqm space specifically built for weddings and corporate dining.

We thought we had created something really special and so did the majority of our guests, that is until we realized we had a huge problem on our hands. The acoustics were terrible, all hard surfaces resulting in the cathedral effect, noise just bounced around the room making it extremely difficult to hear anything. Introducing live bands or music of any nature just made the problem worse.

We lived with the problem, trying to ignore it, however the issue didn’t go away and in fact we started to get a poor reputation resulting in us losing a potential high spending wedding.

Something had to be done!

I was recommended The Woolly Shepherd by a bride who had previously used them on a project and said how good they were. So I contacted them and discussed the issue.

The Woolly Shepherd team came down to Deer Park to do some reverberation tests on the space and confirmed that yes we did have quite an issue, they did their calculations and gave us the good news that it could be fixed.

Thankfully the style and design of the ceiling meant that the acoustic panels that are created by The Woolly Shepherd could be made to fit in the ceiling coffers blending into the space beautifully.

We had some design discussions to get over some of the challenges but eventually we came to an agreement of the color, size and positions. The team at Woolly Shepard then had to work out how to fix the panels in a simple and easy way.

The team that fitted the panels were great and very quick, however there was some damage to the ceiling where the fixing points where made. I mentioned this to them and they very quickly had this resolved without any fuss.

And wow what a difference, even after the first “bay” was fitted you could tell this was going to be very successful!….and indeed it was, what an amazing transformation of the space.

To say it changed the dynamic would be an understatement, literally overnight the problem went away and actually the panels fit in and accentuate the ceiling design.

Woolly Shepherd are in my opinion brilliant, they exceeded my expectations and delivered an amazing solution resolving our big issue without any major fuss.

I totally recommend the Woolly Shepherd!!!“ 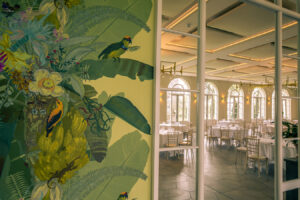 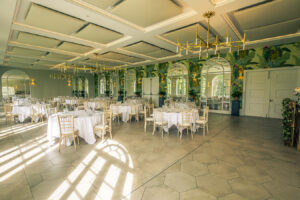 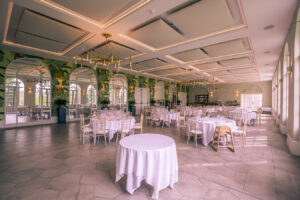 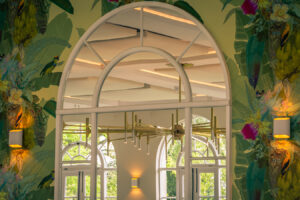